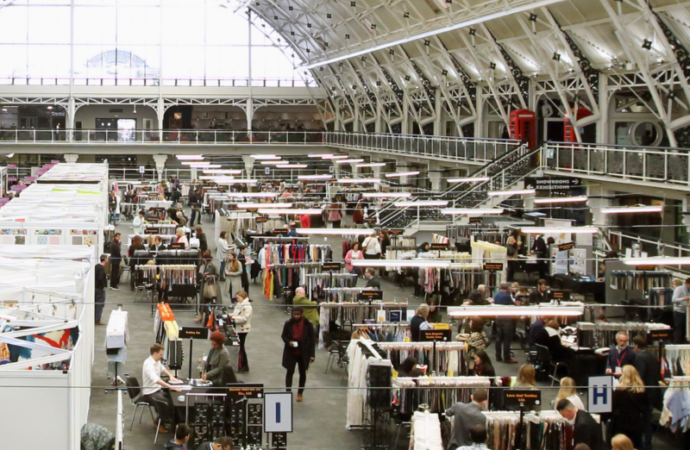 Around 200 exhibitors for the October edition of Texfusion and TLPDF, which together attracted around 2000 visitors in two days. The buyers had the chance to source from a wider offer thanks to the successful launch of the India, China and Taiwan Pavilions. Beside the regular British customers (90% of the overall footfall), the show has cemented its international appeal with buyers coming from Germany, France, Italy, Northern Europe, Russia and the Middle East.

Highlights from this edition include the presence of two brand new pavilions (India and China) and a renovated Taiwan Pavilion. A large presence of UK companies, predominantly within the Print Design area, followed by China and Hong Kong (48), India (36), Turkey (18), Taiwan (11) and South Korea (7). Among the other Countries are France, Italy, Pakistan, Germany, Spain, The Netherlands and USA. While Texfusion caters for international manufacturers, TLPDF remains European, with 90% of the studios coming from the UK. The fashion fabrics and accessories area counted around 120 exhibitors from 12 Countries, predominantly from China, India and Turkey. A larger area dedicated to garments with an increase of 10% compared to the March 2018 edition. For The Print Design Fair with an increased number of buyers looking for new designs for their 2019 collections.

80% of the visitors were from England mostly from Greater London area and cities such as Birmingham, Manchester and Liverpool. Increasing interest was shown towards the functional and sustainable fabrics where 38% of the visitors were sourcing for these specific products. Womenswear took the lead with 42% followed by menswear 24%, sportswear 15%, technical 14%, casualwear 13%, accessories 12% and jeanswear 10%.